What does it really mean to sustain political asylum before the immigration announcement (USCIS) to quickly process all applications of asylums submitted without long waiting times?

The Immigration Service has reported that the latest asylum applications to enter will be the first to leave, that is, processed immediately.

Why this radical measure?

It seems that the United States Government has realized that many unscrupulous people who do not qualify for asylum are being granted work permits, while their cases are being processed in a period of approximately 5 to 6 years waiting for a definitive answer.

These cases of asylum applications seem to be accompanied by similar false proofs and arguments in all cases of persecution.
It is important that the argument that justifies asylum be credible; If you have a good asylum case, it will be considered regardless of the number of people who are fraudulently applying.

If you wish to apply for asylum in this country, you will need to prepare and verify your case thoroughly, in addition to being accompanied and assisted by a good immigration lawyer. 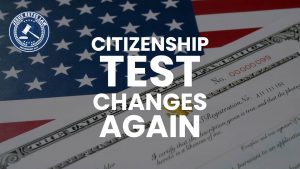 USCIS Returns to 2008 Version of the Naturalization Civics Test 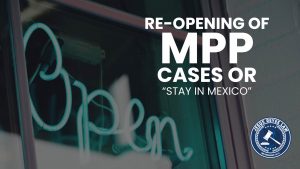 Re-opening of MPP cases or “Stay in Mexico”.

The MPP or “stay in Mexico” program, which applies to immigrants seeking asylum at the U.S. Southern Border, will begin 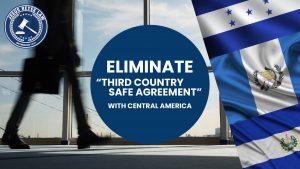 Good news for our Central American brothers interested in asylum! The “Safe Third Country Agreement” implemented by the Trump Administration 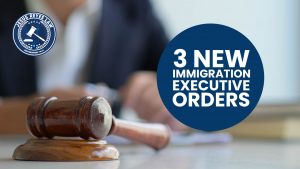 What are the 3 New Immigration Executive Orders signed by President Biden?

To begin with, it is worth noting that the objective of these new Executive Orders is to dismantle the zero-tolerance 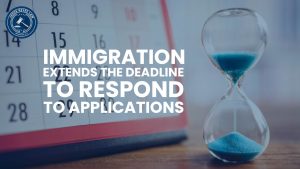 Immigration extends the deadline to respond to applications.

In response to the coronavirus pandemic (COVID-19), the Citizenship and Immigration Services has extended the flexibilities it announced on March 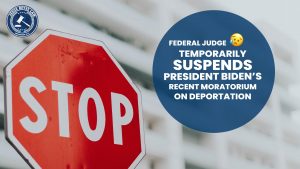 A federal judge in Texas has just reversed the 100-day deportation moratorium announced by President Joe Biden’s administration. In this

USCIS Returns to 2008 Version of the Naturalization Civics Test

Re-opening of MPP cases or “Stay in Mexico”.

What are the 3 New Immigration Executive Orders signed by President Biden?

Immigration extends the deadline to respond to applications.