The US Supreme Court has given the green light to the states to prosecute people who are working with a false Social Security number.

This decision, recently taken by the Supreme Court of Justice, constitutes a high risk for a large number of immigrants from being criminalized by state entities, for using a false Social Security identification number. That is, it does not belong to them.

As is common knowledge, the Kansas Supreme Court overturned last year the conviction against 3 undocumented workers for the false use of Social Security identification numbers in their eagerness to get a job in a restaurant. In this regard, the Kansas State Supreme Court argued that this case was a matter of federal laws, therefore, states cannot put charges on immigrants for occupying a false Social Security identification number.

But what does the US Supreme Court say about the occupation of false Social Security identification numbers?

The US Supreme Court notes that states can convict an immigrant for identity theft without intervening with Federal Immigration law, eliminating the decision of the Kansas High Court last year as stated above. Immigrants can now be criminalized, not for using the identity of others, but for using false documents based on their state policies and not because of immigration laws. That is, each state of the American union can apply its laws on false documentation in cases of identity theft or fraud according to its own state laws.

There is no doubt that there are states with very hard or strict laws on this matter of false documentation. These states are Arizona, Texas, Georgia, Alabama, even Florida. Others, on the other hand, do not have that rigidity like New York and California.

We know that some laws stipulate severe measures such as the deprivation of freedom of the immigrant as the application of fines, as well as laws that contemplate minor penalties – such as, for example, community services. Everything will depend on the law of the state where the immigrant is guilty of that crime.

As always, I advise my readers if they are involved in these circumstances; First, keep calm. Advice with legal experts – not with a notary, not with a paralegal or legal assistant, not with a friend or acquaintance.
On the other hand, do not give anyone information about your immigration circumstances, there are unscrupulous people who could report to the authorities, and block any path that leads to legality in the immediate future.

If you find work that has requirements, it is better not to apply, if you are going to do it with false documentation. Many people pay only in cash, but this system in the short and long term can harm you when filing your taxes before the IRS, which is a requirement before the Immigration Office and the Migration Courts that you have “good moral character ”To achieve legal status in this country. You can also seek legal advice to obtain a tax identification number known as ITIN.

For more information, call our offices at the national and international telephone numbers published on our website. 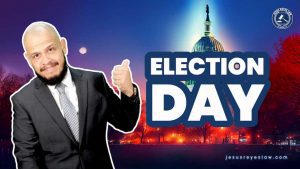 My people, today is election day, we will be deciding who will represent us in congress and other public offices. It is important that if 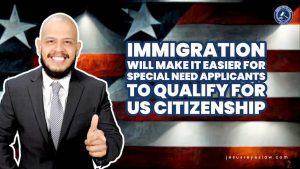 Immigration will make it easier for special need applicants to qualify for US Citizenship. _________________________ Thank you for leaving your comment and sharing our content! 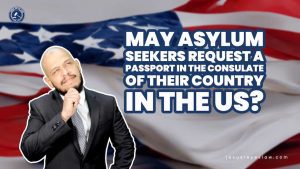 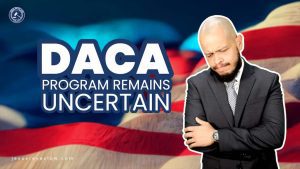 A recent federal ruling regarding DACA leaves this program in a limbo. Basically, a federal court has decided that the program is not lawful. However, 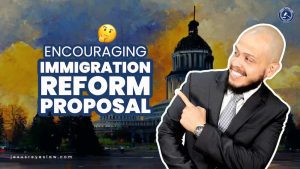 Read More »
PrevPreviousImmigrant Alert: Traveling as Tourists with a Visa Will Not Be Enough to Enter the US
NextOfficial statement from our firm regarding the coronavirus (COVID-19)Next