Partial closure of the Federal Government or the Wall? Are there alternatives?

As I mentioned a few days ago on my blog before the end of the year, the Trump Administration will have to be more flexible when negotiating immigration agreements.

Following the discussions held during these days between members of Congress and the US Executive on the budget to raise the wall on the US Southern border, the President refused to accept the $ 1.2 million, which only Congress is willing to give him for the border security of the $ 5.7 million he demands; which has resulted in a partial closure of the Federal Government.

Until now, the Central Administration has gone days with less dependency open due to lack of budget, which has resulted in the paralysis of the Immigration Courts, where hundreds of Judges gave them the order not to continue working – except for those that are related to matters of immigrants under the tutelage of the Department of Homeland Security (DHS).

What is the consequence of the partial closure of the Federal Government to the migratory area?

– Longer delays in the immigration courts, since in fact there is a bottleneck of more than 1.1 million cases awaiting a hearing.

– The E-Verify System used to detect if someone is authorized to work in the US is not in service due to lack of resources.

-There is reprogramming of court cases, that is, a new hearing date.

– There could be cases in which, for example, a young person could lose permanent legal residence benefits if he turns 21 years of age during the closure of the Government. In the case of, for example, a judge exempting immigrants from the risk of deportation if judge can demonstrate that it would be exceptionally difficult for the spouse, father and minor child, although each case is unique.

– And another consequence is that at the level of Congress, conversations have begun regarding negotiating a solution to the case of the Dreamers in exchange for the money for the border wall.

To conclude, I want to tell you that it is important to be informed about the new scheduled date of your hearing in the Immigration Court. For this, I recommend you call our office at (786) 7324805 or call the immigration courts directly at 1-800- 898- 7180. You are also suggested to contact the ICE immigration office, inquiring about dates, such as – when to appear in court, etc.

In addition, you should also contact the Immigration and Citizenship Service if you have an appointment for the Adjustment of Status or fingerprints, since you will still continue with the calendar regularly scheduled for this Agency. 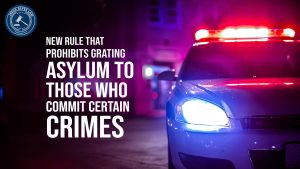 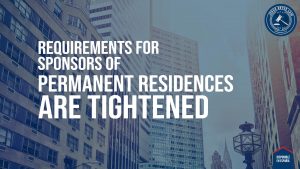